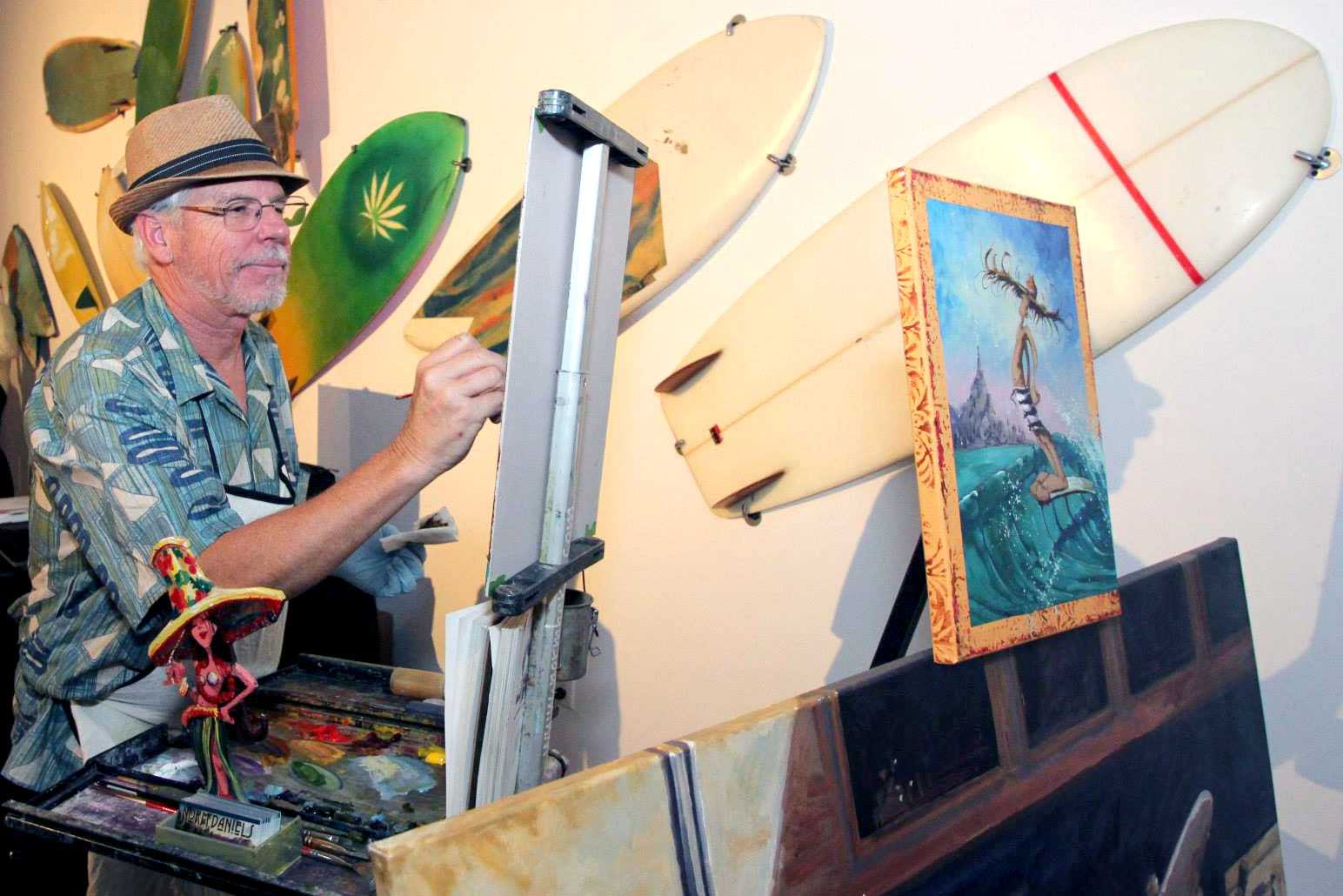 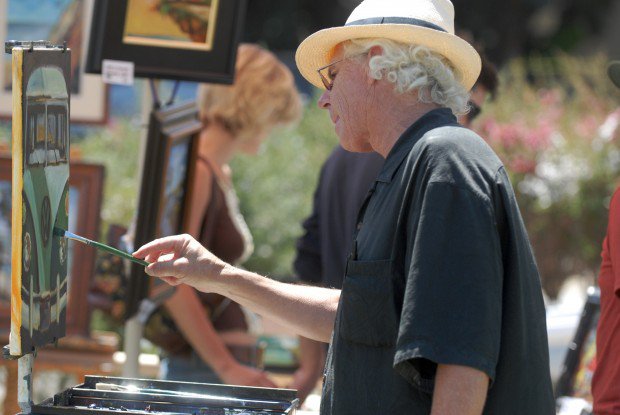 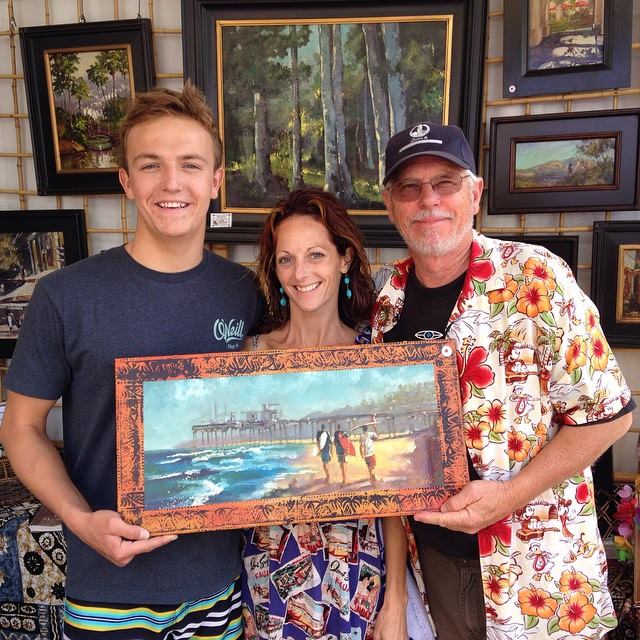 is a surf and island themed artist and illustrator with a unique and fun impressionistic style working primarily with oil on canvas. Norm's love of “plein air” painting has taken him around the world creating scenes from San Diego county landmarks to the beauty of The Islands. Norm also exhibits in galleries in San Diego, Laguna Beach, Hawaii, Puerto Rico, and yes, even, the trunk of his car or wherever the easel is standing today. Norm has long since painted historical moments of legendary big wave surfer and friend, Greg Noll and Norm's fun cartoons and illustrations give nod to his great sense of humor and whimsy. Many of those cartoons have been featured in Surfer Magazine and illustrations of several children's books.

Norm was born and raised in San Diego, CA a long long time ago. Throughout his life he dabbled in the arts, painting moustaches on posters, scribbling Griffinesque waves on the corners of his homework, even occasionally selling something to the unsuspecting public out of his VW bus in-between surf sessions.

Norm studied Architecture in college and for several years he designed many custom homes in the San Diego area. From 1989 to 2005 he took his family to the High Sierras, where Norm served as Artist/Architect for Hume Lake Christian Camps. While there, he took up sailing and painting to console his longing for water and surf while stranded in said mountains.

Many paintings where a result of that longing. “I've been told that paintings from a tortured soul sell better.” In the summer of 2005 Norm returned to San Diego and after a series of small strokes, he quit his day job and is now enjoying the opportunity to pursue his artwork and passion full-time in the city and settings he loves.